Projects > forest floor: side a

side a: Bill Thelen spends most of his time drawing out in his shed-like studio, a location for solitude during these un-ending times and a place to discover parts of his own pasts and histories. His most recent explorations begin to connect several ideas: the history of the word fag, mechanisms of forbidden pleasure, the tree man, and utopic discoteks. Bill’s drawings feel as though they have meandered onto the wall, each idea existing with a pathos for one another. It brings to mind when we as people go out searching for our kindred spirits, we wander into discoteks, and seek out faerie gatherings, we find bits of who we are in the small gay-ish advertisements of magazines, to which we cut out and save away in our pocket. These drawings, whether or not it’s on purpose, feel precious to the viewer, if we aren’t careful with them or don’t look deeper we may take them for granted. When we begin to take these found pieces and contextualize who we are beyond our personal histories, the world feels less alone. The history of the word fag has become of recent interest to Bill, the word meaning both branches and also as a slur for homosexual. To move beyond the overdone concept that homosexual men were used as kindling at witch burnings, Bill puts the branches back onto the homosexual figure, in an attempt to understand a world where humans move with the earth, as opposed to exploiting it and each other. It’s not a new idea, but a re discovered one. And perhaps one that Bill is try to understand through it’s complex and dangerous castings within white-washed hippie culture and cis-washed radical faerie communes, which is kindred to this ideas history and shouldn’t be ignored. He is trying to move forward while understanding these “good intentions”, so we can attempt to break the cycle with a bit more speculation. Moving away from the exploitive approach of discovery Bill partakes in exercises of re-discovery, where the homosexual self can be re-imagined. But on this trek back we must bring our own mechanisms, where the poetic heart can decipher the desires of a modern machine; we bring penis pumps, bongs, and microscopes with us; we decorate the trees with disco balls and emptied rush bottles. How could we deny ourselves all of the pleasures? _ Conner Calhoun 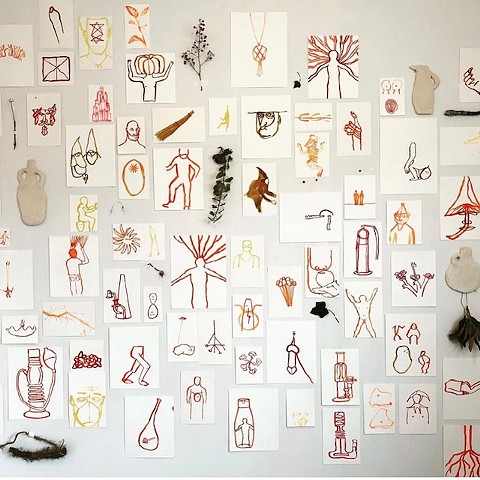 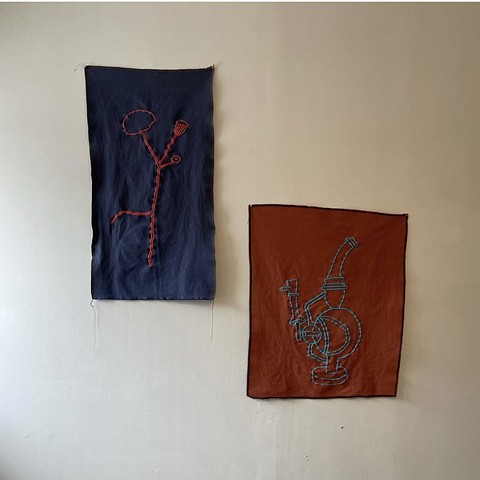 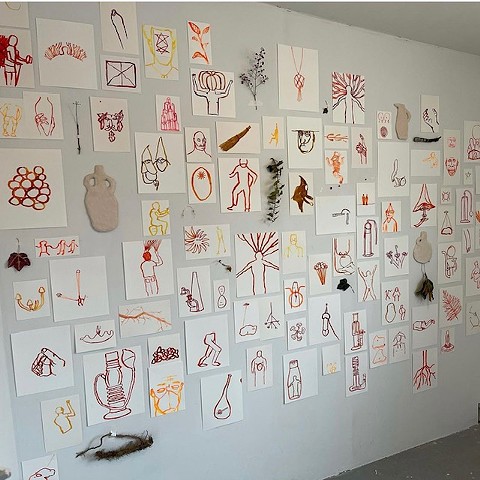 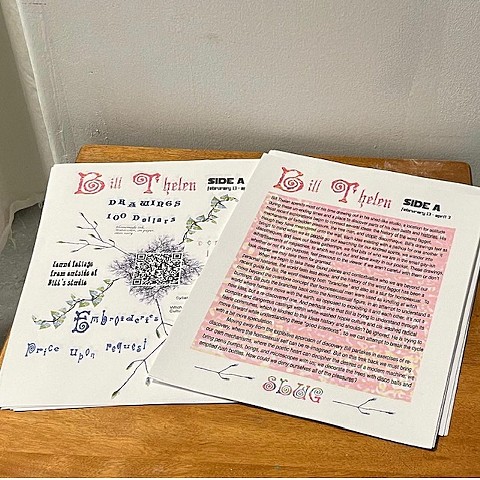